My first proper Pre-Game of 2015 is for The Temple, or Lebensraum, which had its opening last night at The Brick, where it is being presented as part of 2015 Resident Artist Series. It will play through next weekend.

Nat Cassidy is a super talented (and super nice) guy, whose work as a playwright, director, actor, and musician I have been sorely under exposed to. It’s a situation that is thankfully getting more difficult because Cassidy keeps turning up everywhere – in the Sex with Robots cabaret, in the Mac Rogers/Jennifer Gordon Thomas short film The Spike – he’s a for real fixture of the indie theater community.

Two NY Fringe Festivals ago, I saw Cassidy’s play Old Familiar Faces, which was a truly inventive mashing together of the romance of Lawrence Olivier and Vivian Lee and the relationship of siblings Charles and Mary Lamb, who adapted Shakespeare’s plays for children back in the 19th century, with some direct snippets from Shakespeare’s plays squished in as well. It was a deeply reverential and yet very funny play, that made a good case for how secular texts – in this case, Shakespeare – could, by virtue of their beauty, take on a quasi-religious significance in the lives of certain people.. Even if the play was in hindsight perhaps just a touch sentimental for my tastes, that idea folded pretty neatly into the lazily defined parameters of my own agnosticism and really hit home with me. Though from what I have come to understand about Cassidy Old Familiar Faces is a bit of an outlier for his other work.

Last spring, I only made it to Crystal Skillman and Fred Van Lente’s King Kirby (also at the Brick) at the last minute. My wife and I had just had our second baby, so the idea of going to see a play in Brooklyn didn’t seem like it was in the cards. And yet at the last minute it did work out and there I was sitting in the packed theater having barely read the press release. I was certainly familiar enough with Jack Kirby and comics, but as far as the details on the production, context for the material, or who was even in the thing – you know, that thing I’ve tried to make a big deal out of with the reviews I do on this site – I was utterly clueless. Imagine my pleasant surprise when I read in the playbill that Cassidy would be in it, and playing Stan Lee no less. As said in my review for King Kirby, he was wonderful.

Just reading the synopses for his previous plays like The Reckoning of Kit and Little Boots or Any Day Now, it becomes clear that Cassidy has done a lot of work that would most accurately be classified in the horror genre. With The Temple, or Lebensraum Cassidy looks to continue on that line, by adapting a short story by an author whose work is one of the pillars of 20th century horror: H. P. Lovecraft. Until preparing to see The Temple, my familiarity with Lovecraft was limited to but one somewhat traumatic experience. Years ago, I read his novella The Shadow Over Innsmouth on an airplane. I will spoil some of its best bits, so skip over the next paragraph if you’ve not read it. 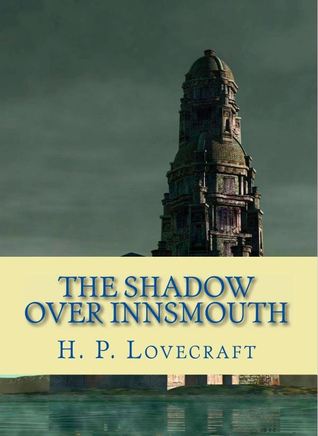 Because I was confined in one place, it was one of those rare times when I read something of substantial length in just one sitting, Neverending Story style. Because of this, I was able to fully experience the gradual build of the story in real time. I am reminded of the old saying about boiling a frog – a funny example, I’ll admit, given the story. The saying goes like this: if you want to boil a live frog, you don’t just throw him boiling water; he’ll jump out. You put him in cool water and then slowly, imperceptibly raise the temperature to boiling. As the traveler in the story visits this eerie New England town, I barely clocked the weirdness temperature as it steadily rose. With his every interaction with the townsfolk and every history lesson from the local drunk, the sense of his imminent danger comes more into focus. When he finally catches his first fleeting glimpse at one of the man/frog hybrid creatures that live in the town, holy shit, my heart stopped. The sense that something totally messed up was going to happen was apparent at that point, but I had no idea it would be – or could be – something like that. I must have reread the details on that page a dozen times; by that point the main character is something of an unreliable narrator, but I was so caught up in the events that I felt like I was an unreliable reader too. I was right there with him, which is a testament to how perfectly Lovecraft structured his tale and slowly unspooled the weirdness.

Cassidy’s new production is based on the far shorter Lovecraft story, The Temple. The short story is a “found” narrative in that the text takes the form of a written account put into a bottle by the narrator, Karl Heinrich, Graf von Altberg-Ehrenstein, a Lieutenant-Commander in the Imperial German Navy back in World War 1. In this way, I suppose one could make the argument that The Temple is a literary precursor to “found footage” horror movies like The Blair Witch Project and Cloverfield. The story, written in a very blunt militaristic language, for sure runs at a different tempo that I don’t know it would have achieved if it had been written in a traditional narrative form. Essentially the story follows Heinrich and his crew aboard the U-boat. After sinking a British freighter and submerging, the sub resurfaces with a dead man, presumably a crewman from the freighter, clinging to the outer railing. The U-29 crew finds a small ivory sculpture in the man’s possession and Kienze, Heinrich’s second in command, decides to keep it. From there the crew begins to experience bizarre phenomena; nightmares, hallucinations of dead mean through the U-boat portholes, a herd of dolphins surrounding the sub, and finally an inopportune system failure that leaves the sub powerless and drifting southward on a mysterious current.

Heinrich is instantly revealed to be heartless and full of nationalistic pride. On the sinking of the freighter he says:

The ship sank quite picturesquely, bow first, the stem rising high out of the water whilst the hull shot down perpendicularly to the bottom of the sea. Our camera missed nothing, and I regret that so fine a reel of film shall never reach Berlin.

Mind you, by the time Heinrich is writing this narrative, the crew of U-29 are all already dead, either by his hands or each other’s or their own. The U-29 is crippled on the bottom of the ocean and Heinrich will never see the light of day again. Yet, he still persists vehemently in his devotion to the cause of the war and the Fatherland. As his crew slowly succumbs to madness, Heinrich has them killed as traitors. He even helps Kienze into the airlock to commit suicide. Ultimately, his “iron German will” finally breaks when the sub comes to rest on the ocean floor, in the midst of an ancient city.  At the center of the city is the temple the title refers to, with a relief that matches the small sculpture that Kienze took from the dead man. Heinrich puts on a diving suit, releases his message in a bottle and walks off towards the temple, where there is a kind of undulating light emanating from within.

It is never explicitly laid out but we are given the distinct impression that the crew’s madness (which eventually claims Heinrich too) is caused in part by the mysterious little sculpture. Even though Heinrich calls it Atlantis, most pundits believe the underwater city is probably an early version of R’lyeh, the sunken city from Lovecraft’s later stories that acts as a prison for his most famous creation – the dread elder god Cthulhu. I know basically nothing about Cthulhu besides a handful of South Park episodes and the Wikipedia entry, but this interpretation seems to square because even in his dormant state, Cthulhu is apparently “the source of constant anxiety for mankind at a subconscious level.” It makes sense that a submarine crew drifting towards him would go violently mad.

And this isn’t Cassidy’s first Lovecraftian rodeo either – he once did a solo show called I am Providence, or, All I Really Needed to Know about the Stygian Nightmare into Which Mankind Will Inevitably Be Devoured, Its Fruitless Screams of Agony Resounding in the Unending Chasm of Indifferent Space as it is Digested by Squamous and Eldritch Horrors beyond Comprehension for All of Eternity, I Learned from Howard Phillips Lovecraft. The title sort of says it all, right? He calls this new play a “loose adaptation” of Lovecraft’s story that also draws on available records from real life U-boat crewmembers. Cassidy describes the submarine scenic design as “immersive,” which in the hands of designer Sandra Yaklin sounds pretty promising.   His first big change to the material is to move the action from World War 1 to World War 2, with Matthew Trumbull playing the Nazi version of Heinrich.

Like Cassidy, Matthew Trumbull is a key player in the Indie Theater scene. He’s a fantastic actor who I first saw in a play called When is a Clock? by Matthew Freeman. He played the relatively minor role of the main character’s boss, but I distinctly remember being floored him. You basically can “hear” Trumbull’s characters’ thought processes come through in dialogue. It’s sort of an astounding thing, something that allows him to play seemingly dozens of different beats in a within a single sentence. I also enjoyed Trumbull very much as the somewhat unhinged Russian scientist in August Schulenburg’s DEINDE, a play that I reviewed too harshly when I covered it for Backstage – I am taking a mulligan on that one and will be re-reviewing it as part of the Geek Theater play collection.

My most memorable encounter with Trumbull was way back in 2008, when he was kind enough to read for a play that I was producing in the Fringe. In addition to being a totally charismatic and nice guy he completely nailed it. He was our absolute first choice for the part, but alas, as often happens in theater the scheduling didn’t line up so we went our separate ways. Ever since, I’ve been rooting for Trumbull and it’s been nice to watch his rise to ubiquity and general awesomeness from the sidelines.

So, not a lot else to say about The Temple, or Lebensraum, except that there were really only three things very simple things I needed to know before deciding to see it: Cassidy, Lovecraft, and Trumbull. Seeing these three guys work their magic within the confines of a submarine should be enough to get you stoked too.

The Temple, or Lebensraum is playing at The Brick Theater in Williamsburg through February 28th. Tickets are available at Ovation Tix. The script of the play is published at Indie Theater Now. My proper review will post next week.