I didn’t intend to do a Pre-Game for Gideon Productions’ Ligature Marks, which is being presented as part of the Brick’s Game Play Festival, but my scheduling got crossed up and I found myself with an extra week to think about it beforehand.

Also helpful:  playwright Mac Rogers posted a couple of blog entries on the Gideon Website that locate this new play as a kind of “B-Side” to Frankenstein Upstairs, which I reviewed just recently.  Part of the deal with this site is that I am seeking out the backyards you can cut-through when navigating a playwright’s works; the secret history of how one play leads to and ultimately informs the next.  For instance, the way the gender confused scientist Rossum in Rogers’ Universal Robots acts as a precursor to the more subtle gender role swapping that occurs between Abbie and Ronnie in The Honeycomb Trilogy, and finally predicts the carefully devised gender-misdirection-as-art in Frankenstein Upstairs, where the gay author Taylor impishly writes and publicizes his heterosexual erotica under a female pseudonym.

The idea of a play written with the “leftover burst” of creative energy (as Rogers puts it) of an altogether different play intrigues me immensely.  In fact, just last weekend my wife and I saw Joss Whedon’s tremendous new adaptation of Shakespeare’s Much Ado About Nothing, which quite famously was filmed during the 12-day hiatus Whedon had between production and post-production on Marvel’s The Avengers.  There are not two more different movies – one is a posh party populated by gossipy Elizabethan characters and filmed simply in Whedon’s own home, while the other features a green monster and a Norse god fighting a space dragon at Grand Central Terminal in 3D – yet there is a kind of common energy bouncing ebulliently through both.  One wonders if the final edit of the complex six-way argument halfway through Avengers would have had the same verbal snap if Whedon hadn’t cleansed his palate with Much Ado; or if the dynamic action and physical comedy in Much Ado would have been so on point without the 200 million dollar crash course in filmmaking Whedon (who had only directed one film previously) had just completed. 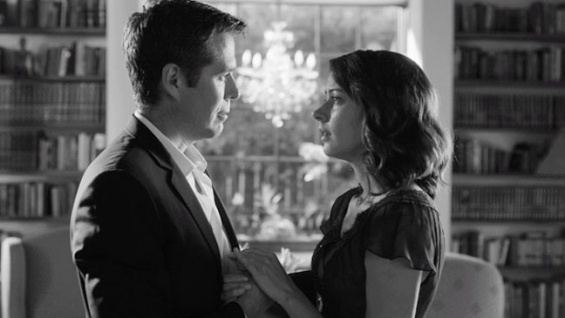 Like Whedon’s Much Ado in relation to Avengers, the press materials for Ligature Marks indicate a smaller production, at least in a practical sense, than Frankenstein Upstairs.  As one would expect for a festival setting, the cast is half the size of Frankenstein Upstairs, and at Rogers’ promised 75 minutes the run time is half the length.  I don’t mean to suggest that I am suspecting a lesser play in Ligature Marks, just that the canvas is much smaller than anything I have seen out of Rogers and Gideon.  Part of the appeal of Gideon’s heavy sci-fi stuff is the grounded, naturalistic stagings director Jordana Williams and frequent scenic designer Sandy Yalkin always bring to the table.  In a festival setting, this simply won’t be possible, so I am interested to see how the team adapts.

Rogers promises that Ligature Marks, which takes its name from the marks of strangulation found on the neck, will stick with the proven genre-invades-the-mundane formula he has perfected in The Honeycomb Trilogy and Frankenstein Upstairs.  All I know is that Terry (played by Rogers) and Jill (played by Rebecca Comtois) are in a relationship, and that his playing the MMO “Noir” is a factor in their relationship.  One of the things Rogers writes about is how Ligature Marks is the first personal play he’s done in a while.   It is a very honest post, in which Rogers makes an important distinction between things that are personal and things that are autobiographical. 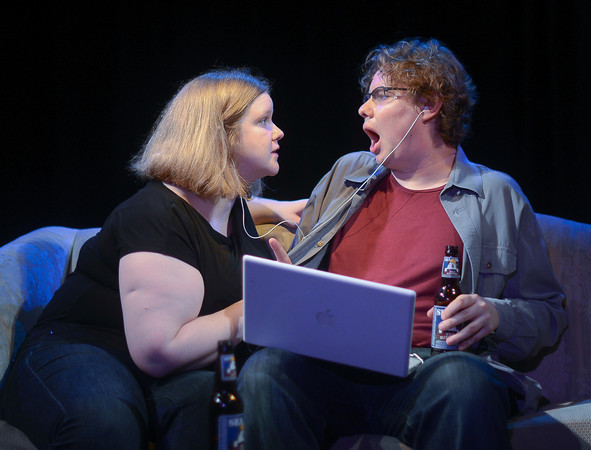 Among Rogers’ many skills, one worth celebrating is that despite the robots, aliens, and monsters, the relationships in his stuff always feel personal, but I get his point.  The sweet, Flowers for Algernon-style relationship between Josephine and the just-becoming-conscious robot Radius in Universal Robots clearly isn’t based on anything out Rogers’ life, but there is a personal truth to it – that people grow at different speeds – which really makes it sing.  The same can be said about the vivid history Rogers maps out for Marisol and Sophie in Frankenstein Upstairs; we might still believe that Marisol can be resurrected as a Frankenstein monster without it, but we certainly wouldn’t care as much.  For my part, I tend to side with Shakespeare scholar James Shapiro, who says our contemporary need for artists to essentially be memoirists has ruined, among other things, Shakespeare for most modern audiences.  Rogers makes no bones about the fact that he sees himself as an entertainer first, and any personal stuff that sneaks its way in is purely subconscious.

On this score he cites a marvelous line from his play Advance Man, in which the teenaged Abbie (David Rosenblatt) describes a drawing of an alien he’s done: 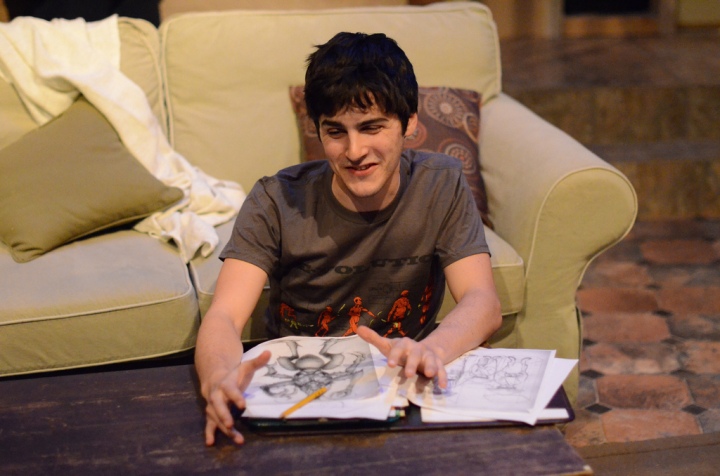 I had forgotten that speech.  While I can’t comment on Gideon Producer Sean Williams assessment that this line seems to be about Rogers himself, it does speak volumes about his inclinations as a playwright, and acts as spectacular thesis for his work in general.

As far as Ligature Marks goes, it remains to be seen how Rogers will confront and incorporate the personal stuff that he allegedly “hates” so much, but I trust him to figure that out in an entertaining way.  My review will post tomorrow.

In the meantime, I’d like to throw “Other People’s Monsters” out there as a potential title for Volume 1 of the Mac Rogers/Gideon Production “Complete Works.”